Google Reader will no longer be accesible on Monday, July 1st and since that site is the main platform from which I compile articles (Twitter second, emails received third, and Facebook non-existant), who knows the next time I will write one of these. I mean, I already wait too long between posts anyway.

– Thirsty Thursdays: According to research, women are more likely to have sex on Thursdays, be most stressed on Wednesdays, and be happiest on Fridays (after a nice lay, naturally). Oh, and women supposedly look their oldest at 3:30 PM on Wednesdays. (Note: said “research” was conducted by St Tropez, a “tanning brand.”)  (The World’s Best Ever)

– Bad idea: Jeans company Wrangler has unveiled “moisturizing jeans.” Like someone dumped body lotion in your jeans, or something. Actually, that person is Molly since they are called “Wrangler Denim Spa Molly Skinny Jeans With Olive Extract” and you can order them here. So everyone thank Molly.  (Gizmodo)

– Stem cells: British scientist have 3-D printed “complex, living structures” with stem cells. The ultimate goal would be for the machine to print an extra organ for you, instead of relying on a donor.  (Fast Company)

– Volcano from space: It’s a pretty cool view, if you ask me. SO ASK ME:  (The Daily What) 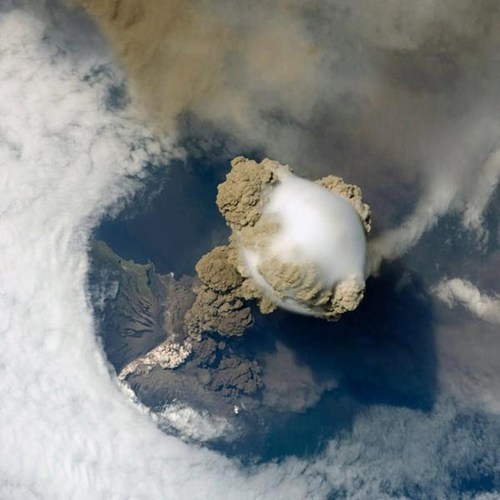 – Blisters: Go here to learn how to better prevent blisters when you run (reduce friction, jackass). And blisters are more common in the sun, so maybe Violent Femmes were onto something.  (Gizmodo)

– You look racist: With a short, wide head (ahem, Wooten) you are more likely to be racist. The study seems to be bullshit, though, as they only studied 70 men.  (Discovery)

– Let’s drink: First: If you use diet mixers, you’ll get drunk faster. Second: “Couples Who Drink Together, Stay Together” (meaning you don’t go out separately, which is, like, rule number one when dating. Ya know, being together and all that.). And third: Scientists are working on “nanocapsules” that sober you up.  (“Mixers” from Gizmodo; other two from Discovery)

– Be mesmerizeder: Ever send electricity through a board of wood? This woman did:  (The Daily What)

– For DIY masturbator: The Dildomaker:  (The World’s Best Ever)

– His and her keyholders: Personally, I’d use hers repeatedly:  (Hongkiat)

– Rarity: A rare bird ran into a wind turbine and died. Unfortunately, this isn’t a rare experience as estimates put the number of deaths by turbine per year at 440,000, according to the US Fish and Wildlife Service in 2009 . It’s just, well, rare for a bird not seen in 20 years. (The World’s Best Ever)

– The future: Regrow your severed limbs with the powder from pig bladders or grow your “own edible bugs” (a topic I’ve touched on at least twice before) or use a vaccine to kill your heroin addiction.  (PopSci)

– Bring the ‘pagne: Two glasses of champagne per week “can help ward off age-related memory loss as well as the onset of dementia and other degenerative brain disorders.”  (The World’s Best Ever)

– “Don’t say my car’s topless, say ‘the titties is out'”: Did you know women can go topless in New York City?  (Fast Company)

– Burn your bra: For most females, bras are useless and lead to more problems than not wearing a bra.  (BoingBoing)

– Life keeps getting better: Here are thirty-one “Charts The Will Restore Your Faith in Humanity.”  (Wooten)

– Don’t be scurred: These shadows are crazy (not “Locke and Key” crazy, though):  (Geekologie)

– Blades of Wood: Sounds like a shitty video game. Anyway, someone created knives made entirely of wood.  (Core77)

– “The planet is fine, the people are fucked”: Man, thank you, George Carlin:  (Carpe Diem)

– How to walk on ice: It’s late, but for next winter just remember to walk like a penguin.  (BoingBoing)

– Paper-thin stops bullets: The material is only 20 nanometers thick and can stop 9mm bullets.  (Discovery)

– Organic food: “No better for you, or the planet.”  (NewScientist)

– Shit snake: Someone made a cobra out of cow manure:  (Geekologie)

And if I don’t talk to you by then, have a great July 4th. Just don’t be like Gilbert Arenas and get busted for over 100 pounds of fireworks (TMZ).