– Boxing: We’re getting closer, I think, to a Mayweather/Pacquiao fight, but Bob Arum is still a dick.

– Chrome: I started using Google Chrome at work because one of the websites we need to access was created by a shitty company and the only way for that site to work at a normal speed is for us to use the fastest web browser available. (That site pisses me off so much, I write run-on sentences.) Then I tried using Chrome on yet another site for work, this one made by a not-so-shitty company, and was convinced. Chrome is fast as shit. The screen looks cleaner. Your homepage will have pictures of the sites you visit most. Click on them and you’re there. You can search directly in the addressbar (I originally wrote “toolbar”, but assholes would say, “hey, dick, it’s called the searchbox, any browser can do that” <– say that all douchey-like, with a slight whine at the end). And importing information (bookmarks/passwords) from your other, shittier browser is easy. (Hey, Mark Lee: remember when the whole site was supposed to be just like this fucking paragraph? So there you go.)

– Stuck? Lifehacker has “Top 10 Ways to Break Into and Out of Almost Anything“.  (The World’s Best Ever)

– Bear down: Below is a picture of a mirror getting made in Tucson, Arizona. Specifically, underneath Arizona Stadium. It will go inside the world’s largest telescope because that’s how we roll in the desert:  (New Scientist)

– Slow motion for me: Birds! From BBC’s “Earthflight”:  (Gizmodo)

– Move in slow motion for me: If Bunk doesn’t stand up and slow roll while reading this, I failed:

– Walk like a man: If I couldn’t walk, I’d be ecstatic right about now. This “Exoskeleton” will ship later this year:  (Core77)

– They call him Bard-on, he’s the youngest buck at Bunkers: Andy made (helped make?) this well done video about Moment Skis. Side scrollin’ like a muthafacka in this bitch:  (Andy Bardon)

– Got to admit it’s getting better: The Beatles weren’t fucking lying, shit is getting better all the time. Life expectancy in the US just went up to 78.7 after 2010, a new high. I’m amazed that it only took 80 years to go from 56 to 78.7. The article linked also shows how life expectancy has coincided with real GDP per capita here in the States. I see no reason this shouldn’t keep increasing until we’ve reached whatever point it is that the human body can no longer stay alive. Dust to dust and all.  (Carpe Diem)

– For soldiers, too: Researchers at MIT have “developed a nanoscale biological coating that can halt bleeding nearly instantaneously.” Main goal is for this to go out onto the battlefield.  (Institute of Nanotechnology)

– Eiburamu: My buddy Abram, who has lived in Japan for the past 8 years now, has been featured on Japanese television. Dude loves his ramen, Japanese love their ramen, so why not:  (Abram)

(To see more pics of ramen, head over to Yo! Japan or his tumblr or just go buy some kicks from him)

– The alcohol antidote: Chinese scientists think they have found a pill that could cure your drunkenness. Worth reading about here. I was going to quote the part about what it actually does, but I love their test too much:  (Kornfeld)

Liang first tested how well DHM alleviated drunken rats’ clumsiness and loss of coordination by measuring how long it took them to right themselves after being laid on their backs. Rats were injected with an alcohol equivalent of a human drinking 15 to 20 beers in two hours to ensure that they were sufficiently wasted. As one would expect, it took the rats about 70 minutes just to get back up on their feet. After a milligram of DHM (per kilogram of rat body weight) was added to the mixture, however, the rats were able to right themselves in just five minutes.

– The workout antidote: How about a pill that tricks your body into believing you are working out? It will trigger a hormone that “promotes the development of a type of energy-burning fat”. Don’t be scurred about the “fat” comment, the hope is that this will cut down on obesity and help those with diabetes. To wit:  (New Scientist)

Tagged as and Africa, and Eiburamu, bear down, called Bardon, Chrome, for soldiers, in slow motion, locks, walking like a man, which is better, while using your non-iPhone, with antidotes

– Boxing: So Floyd Mayweather, Jr, won’t have to go to jail until June 1st, which now leaves no excuse in the Pacquiao camp for a May 5th fight, right? Nope. Bob “Cunty McCunterson” Arum says Manny won’t be ready to fight until sometime in June… a week after saying Manny was going to takeover Floyd’s proposed May 5th fight date. To that, I say fuck you, Bob Arum.  (ESPN)

– Ladies: Apparently you don’t like it when I open with titties. Here’s a puppy:  (The Daily What)

– Magnetic Levitation: This shit is ridiculous. I remember being pumped as all hell as a kid when toy race-car tracks began letting you switch lanes (note: don’t try switching lanes at full speed, the cars just fling off the track), but these fuckers in Japan made the sickest track of all:  (Core77)

– Texting while pissing is OK: Last update I posted a video about shit that made your clothes stain free. Now here’s something you put on your electronics to make them waterproof:  (PopSci)

– Mark it: LifeHacker presents the 2012 buying calendar, so you now know that you should buy Broadway tickets in February.  (The World’s Best Ever)

– Roll out: In December, during a high school football game at Cowboys Stadium (I feel like there should be an apostrophe after Cowboys, since it is their stadium, but I guess it’d be Blake Stadium and not Blake’s Stadium), a golf cart went buck-wa-wa-wild (I’m about to blow, light me up!) and done fucked some people up. Here’s the remixed version:  (Kissing Suzy Kolber)

– Jigga Man: If you were a rapper who just became a dad, you’d release a song with your newborn baby on it, right? Like right away? Because Jay-Z did.  (The Daily What)

– Low-gluten beer: Just as much gluten as regular beer. (Though gluten free is gluten free and tastes like shit.)  (Discovery)

– Merry New Year: Sorry I didn’t wish you a happy new year, but here are some good photos of celebratory fireworks from around the world. Here’s a sample from London:  (HongKiat) 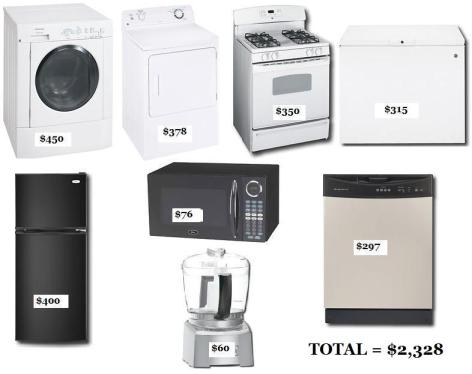 – For Muralo: Scientists at Notre Dame have figured out how to put solar cells into paint. It’s extremely inefficient, but it can be made cheaply.  (Engadget)

– Midnight Sun: Add Iceland to “places I should probably go to at some point”:  (The World’s Best Ever)

– Cold turkey: So according to some snobby fuckers at Harvard, “Nicotine therapy doesn’t help people quit smoking.” People on patches/gum were as likely to relapse as those who just stopped smoking.  (The Telegraph)

– Gents: But them chicks never said shit about closing with some titties (true vets should have known this was coming since there was no warning at the top):  (Working Stiff 925)

Tagged as and man I don' think I like doing the tagging thing, but I'ma keep tryin', chilling stuff, cute puppy, ghost riding, hover toy racecars, piss on your phone, The Marks, tits!