(WARNING: No naked chicks below)

– War of the masses, the outcome disastrous: Take a moment to read this description of a fire fight in Mosul, Iraq by Michael Yon. Although it’s from 2005, it showed up in Yon’s Reader feed last week. (Huge blunder on my end for not posting previously, even bigger blunder on your end for not being on Reader. We even? Probably not. Why I always gotta go out my way?) The story features gun shots, guys hit by bullets, a “ground fight”, a biting of a wristwatch, and a good yell for grenades. Oh, and you will feel an adrenaline rush.  Wooten, my Dad, and a co-worker all talked about how wrapped up they got in it.  If you like the article, you can donate money to Mr. Yon so he can keep telling these stories. And taking these pictures: (Michael Yon Online)

– Black Misses America, you’re name is Erykah: Badu walks around Dallas and starts stripping. Eventually she gets naked then a “bullet” snipes her in the dome piece a la JFK. Her blood spells “groupthink” in blue because it’s a message. And you were totally paying attention to the message and not staring at Badu’s big ass. Song’s called “Window Seat”. (okayplayer) (The link in here is from original post, but that video was removed due to copyright. Try this link)

– Shotgun slammin’ in your chestpiece, blaow: You know the problem with a taser? It can’t go the 35 to 65 feet distance in which suspects can throw lethal objects at cops. This forces cops to draw guns. Solution? Shotgun taser. (PopSci) 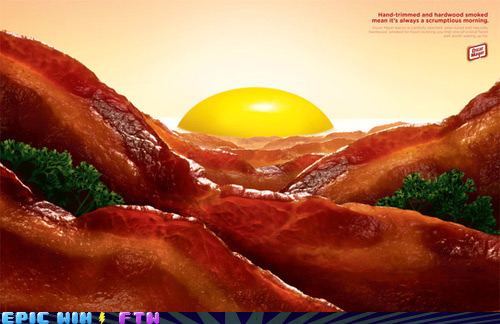 – Protect Ya Neck: On Mythbusters we found out you can plausibly protect yourself by diving underwater during an explosion; you can’t bullet proof your car with phone books.

– Blend wine, who wanna win mine: Like wine, opium ages and gets better over time.  “You can walk around with opium for 10 to 15 years and, perhaps, like the wine it gets better with the time,” says Jean-Luc Lemahieu.  Also, Afghanistan is now the world’s top cannabis source.  (Wooten)

– You can’t catch my style with bugs: Heidi (and so glad I don’t have to say “Mike’s Heidi” anymore, those that know – know) decided to creep me out by sending along some zoomed in insect pics with dew on them:  (Heidi)

– While she do it in the sack, jazz music in the back: The long awaited new David Simon project Tréme airs on HBO April 11th.  Let’s not miss this one.  The show stars The Bunk and Lestor Freamon along with John Goodman and Jamal Wallace.

– What you missed: Wu-Massacre. If you haven’t caught it in this post, you aren’t a rap fan. The bolded items up to this point are Wu-Tang Clan lyrics or songs (yes, even Black Jesus). “Why, Blake?” you ask. Well, I respond, because Meth, Rae, and Ghost dropped an album called “Wu-Massacre” this week. Of the Wu-Tang Clan, it wouldn’t be hard to argue that Raekwon dropped the best album, everyone loved Method Man in the late 90s, and Ghostface has been the most consistent. So why haven’t you bought this CD? Harter, come on. I mean, Bunk and Mark don’t really need to. I’d expect Mark to buy a new Slick Rick CD, for instance, and I think Bunk would buy a new Juvenile CD if I told him to. (Bunk did promise us he’d “Back That Azz Up” down the aisle whenever he got married.) But you, Harter, gotta buy the Wu-Tang album. Just seems right. “Wu-Tang, yo sewwwwwww, represent!”

– What I missed: Manifesto. And why try to test, the Rebel I-N-S? Inspectah Deck also dropped an album this week. This led to a discussion at work that Inspectah Deck usually had the best verses on the Wu’s albums. At first I disagreed, then I started getting swayed, and then when I started looking through lyrics to write this post I gotta disagree. I don’t think there was any “best” when it comes to the Wu-Tang Clan albums. I think Rae, GZA, and Inspectah Deck are up there with lyrics, but Ghost, Meth, and ODB are the verses everyone was saying. The only people I’d argue this point with are Bram and McCarthy, anyway. Bram moved to Japan because of the Wu-Tang Clan. Mac would make ceramic “W” ashtrays in high school. The more I thought about it, the more I realized Wu-Tang started both of my friendships with these two. Bram: as I waiting in the back of a car to go to intramurals in college, we talked about Wu and The Roots, but we talked about rap only because I had heard he was a huge Wu fan. With Mac: we were on the football field in practice and I remember I said “Oh my lawd, another corn chopped by the Wu-Tang sword” in my Meth impersonation after someone in the distance said “oh my lord!” Mac turned with a cocked head and a smile and that was that, kid’s laughed at my stupid shit ever since.